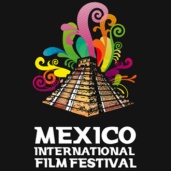 We would like to thank all our supporters for making this a possibility and hopefully there will be more screenings to come in the future!

We’re pleased to share the great news that ‘Return of the Free China Junk’ was nominated in five categories at the Global Independent Film Awards in August. Even better, we have just learned that we received the following three awards:

We’re grateful to the Global Independent Film Awards for this recognition, which will help raise our profile and outreach for international film festivals!

What awesome support we’ve received from around the world towards our Kickstarter campaign for completion funds!

Worlds of THANKS to all our amazing supporters!

With 59-hours still remaining, we’ve surpassed our target! Now any additional funds will enable us to help launch the film onto the international film festival circuit ~ and to start realizing our dream to create Chinese subtitles for the film in the future!

Highlighting our current Kickstarter Campaign (8-days remaining!), the programme will be broadcast tomorrow Wednesday, March 18, at midday — and repeated on Saturday at 4pm.

It can also be listened to online, and there will be a podcast available. http://plainsfm.org.nz/programme/movietalk/

We were thrilled to receive an encouraging letter from the Office of Taiwanese President Ma Ying-jeou (excerpt):

“President Ma and I are very pleased to learn that the film is nearing completion and has just been accepted for the New Zealand International Film Festival 2015. Please accept our warmest congratulations and appreciation for your efforts in making this fantastic story better known to the public… On behalf of President Ma and myself, I thank you for sharing with us the good news, and wish you every success in your endeavors.”           –  Yu Hsin-ming, Director-General

And THANKS to all our supporters for helping to sustain momentum for our Kickstarter campaign.  There are 9-days remaining — and we REALLY need & appreciate your assistance in helping to get the word out!

Visiting Taiwanese artists Jen-wen Wang and his wife Pi-er Tung were in Wellington today.  At Pataka Museum they  generously presented Robin with several of their unique paper-sculpture artworks towards special awards for our Kickstarter campaign, WOW!

Please heck out our Kickstarter campaign:

THANKS HEAPS to all of you who have donated already — and everyone who’s getting ready to!!

We really appreciate your help to get the word out as quickly as possible!

Now we need to find a way to finish it in time.  Stay tuned for our Kickstarter campaign!

Return of the Free China Junk
Create a free website or blog at WordPress.com.